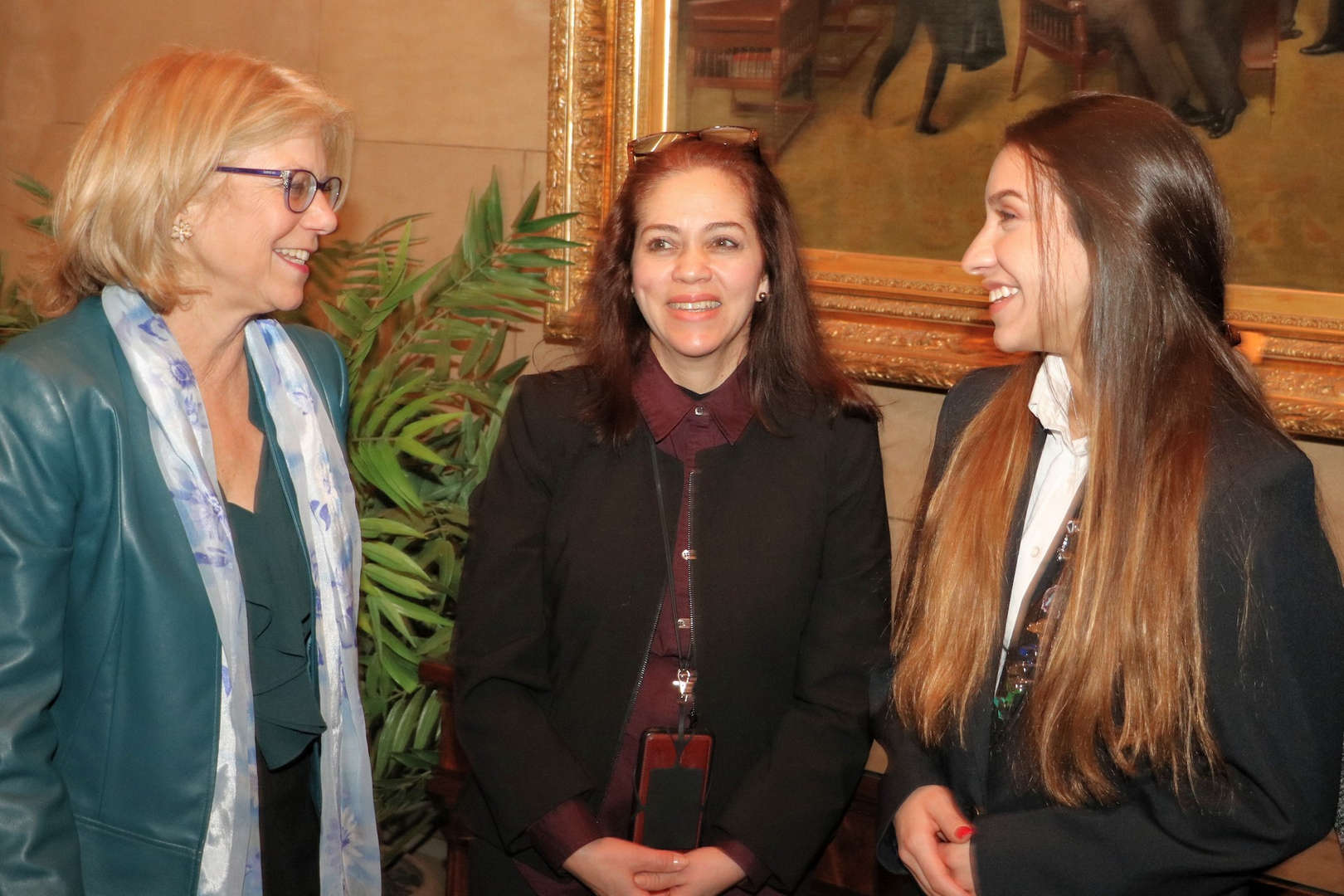 Each year, SWBOCES officials and educators spend a day meeting with lawmakers to educate them about their programs and the meaningful impacts they have on students across the communities those lawmakers represent. There is always a student component to this advocacy because everything the state’s 37 BOCES do is about the students they ultimately serve.

Ms. Suarez is a senior at New Rochelle High School and a second-year Animal Science student in SWBOCES’ Center for Career Services. She was chosen to join the 10-member delegation - along with her mother, Martha Suarez - because she represents the best of a SWBOCES student can achieve. The president of HOSA-Future Health Professionals, a statewide student organization, and Vice President of Skills USA, she is eyeing SUNY Stony Brook and Cornell University to pursue a veterinary science career.

“BOCES is essential. It’s critical for kids like me, kids who are good students. I would have never grown or prospered the way I have in BOCES,” she said of her message for the half-dozen legislators who made time to meet with her. “What BOCES really is to me and to my friends and to the community is a place where you feel connected, you feel loved by your teachers.” 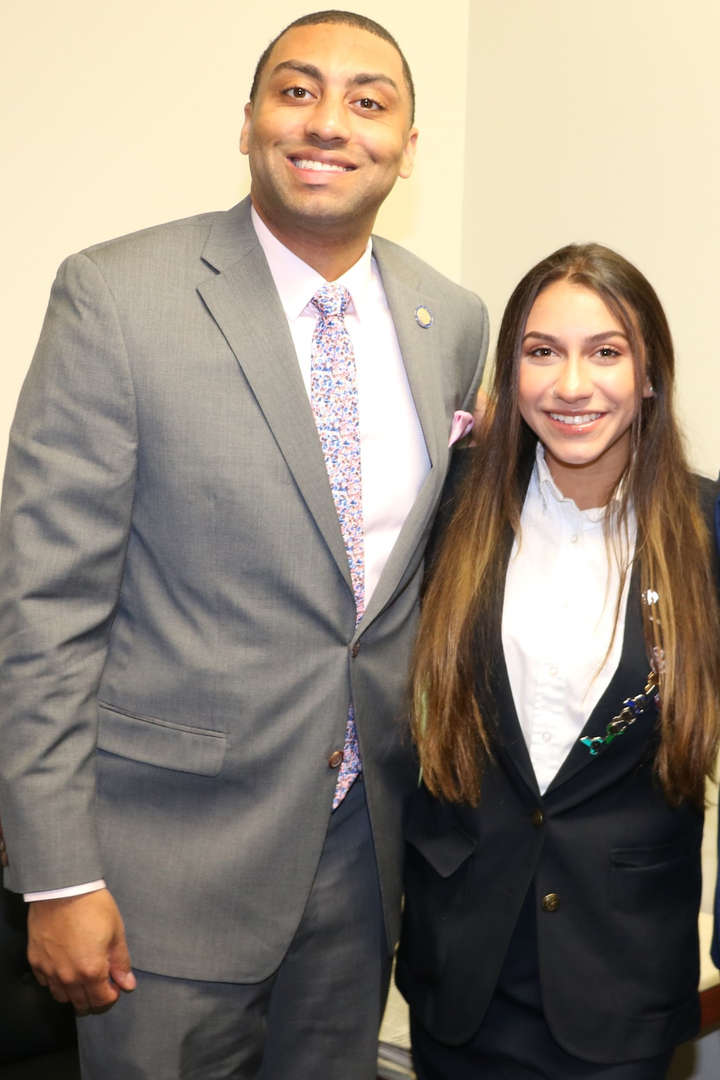 The first stop of the day was the office of state Sen. Jamaal Bailey, who, despite a busy schedule, took time to not only hear her champion SWBOCES’ programs, but also shared sage advice with her about the responsibilities that come with her talents. Bailey told Ms. Suarez she needs to find a role in public service so that her voice as a young woman can be heard.

It was an inspiring start, she said, admitting she didn’t know what to expect of this unique experience.

Besides her, SWBOCES was able to virtually bring along two other students in its Sprain Brook Academy for incarcerated youth at the Westchester County jail.

With support from the county’s Department of Correction, the students were interviewed on camera about the way the program has enabled them to use their time to turn their lives around, to focus on education and to chart a positive and productive path forward once they return to their communities. The interviews were put on iPads and played for legislators during their meetings with the SWBOCES delegation.

“This is just a great program, and it helped me a lot,” said James Chance, who is also enrolled in a partnership program with Manhattan College. “I plan to further my success when I get home.”

Messiah Guest said he is hopeful that by his participating in the video project, legislators are encouraged to support programs at the facility, “and to show people that we are not our mistakes.”

Lawmakers were given a copy of the video to keep and review later.

“Sometimes you have to think outside the box,” SWBOCES School Counselor Kevin McCallister said of the video. “The response was really positive.”

More than 150 BOCES representatives statewide took part to educate legislators on a shared slate of issues.

Among those were: to exempt BOCES capital expenses from calculations of districts’ tax cap, which would allow for needed infrastructure improvements; the establishment of reserve funds for things like repairs, post-employment benefits and workers’ compensation; and increasing aid for Career and Technical Education, capped at the first $30,000 of a CTE teacher’s salary since 1990.

BOCES does much more than people may remember from earlier eras when they led the way in such fields as special education.

“We’re the next level because we’re training kids for the future,” Ms. Jackson told one lawmaker. “We’re different. The students are getting technical endorsements on their diplomas along with their Regents diplomas, and they’re going on to college.”

About 80 percent of SWBOCES’ CTE students go on to attend college. The rest enter military service or go right into the workforce, bringing training to pursue well-paying jobs in their chosen fields.

Ms. Suarez has dreamt of being a veterinarian since kindergarten. To have that opportunity, which SWBOCES has provided, is amazing, she says. She and her classmates spend two hours a day for two years in their programs.

“It’s not just another high school class,” she said. “That program is their passion.”