Change in plans: SWBOCES gives college grad a chance to excel in a trade 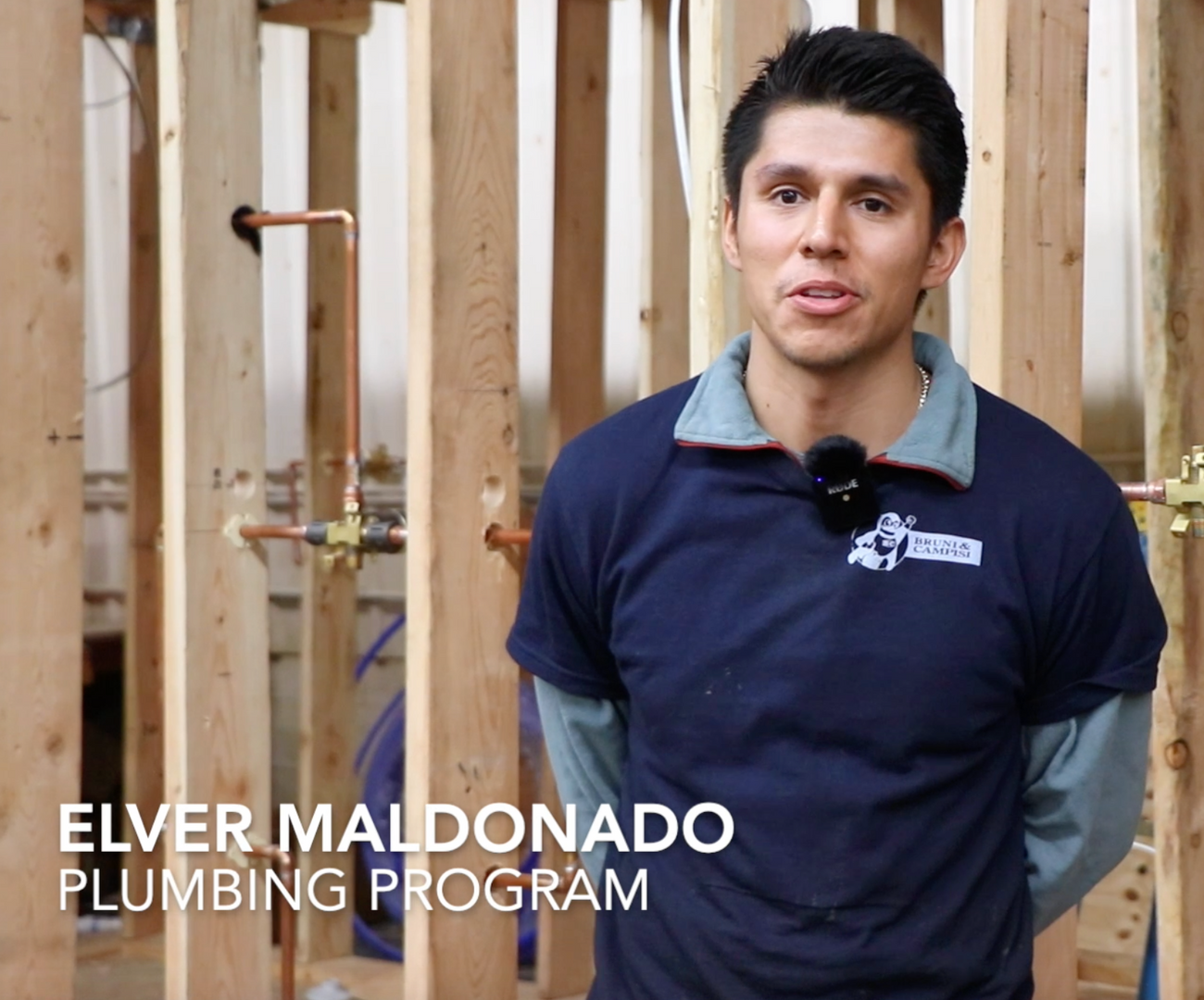 When Elver Maldonado graduated from SUNY Plattsburgh with a four-year degree in Finance, he figured his career path was set. “But it just didn’t click,” said the Mamaroneck High School graduate, who is 25 now.

So he took a bit of a break from Finance “to see what kind of a career I could get myself into,” he said.

He turned to Southern Westchester BOCES, completing a five-course program in Construction Plumbing in seven months and landed himself a job with a plumbing company. The route to SWBOCES’ Adult & Community Services training program was indirect, though.

First, Elver went looking for a job, applying to Bruni & Campisi of Elmsford at a friend’s suggestion. Lack of experience cost him the job, though.

Both his friend and the manager who interviewed him recommended SWBOCES. When he looked up the program offered at the Adult Training Center on Grasslands Road in Valhalla, he found out the next class was starting in two weeks. He applied right away.

What he found was a program organized in a way that made sense to him and an instructor who was not only knowledgeable but supportive and willing to explain every question he could think to ask. That made the change in career paths a lot easier.

“You think that you have your career set,” Mr. Maldonado said. “You go from one thing, working in an office, to now working in the field, using your hands and getting dirty.”

He was uncertain early on, worried that he wasn’t making the right choice. Studying under instructor Kurt Boysen at SWBOCES, he came to feel great about the choice he made and the advice he followed from family and friends.

The more he studied, the more interested and curious he became about the world of plumbing. The program opened it up far beyond what he realized there was to learn.

“It’s going good,” he says of his progress. “There’s still a lot more to learn. That’s the best part about it. It’s never-ending. I feel like you could always learn something new, and that’s what I’m excited about.

Just last month, Bruni & Campisi hired him, and he couldn’t be happier

He now has the opportunity each day to build upon the foundation SWBOCES gave him.

“You’re now out in the world, and you’ve got to take things head on and find new ways of doing things,” he said. “If you’re stuck with a situation, you’ve got to solve that problem, and you’ve got to make the customer happy. Then you get happy yourself because you completed the job yourself, and you accomplished something that you thought you weren’t able to do at first.

Mr. Boysen, his instructor, said it was clear when he first showed up that Mr. Maldonado had the dedication it takes to succeed. Plumbing is a great field that can be lucrative, he said, but there’s a lot to learn and it takes time.

“I realized right away, especially with Elver, that he was serious, he was dedicated,” Mr. Boysen said. “If he had any question in his mind that he wasn’t 100 percent sure about, he would make sure he asked me about it and get it clarified before he left. He wouldn’t leave it to the next day.

“People like Elver make me want to do this for a living,” he added. “It’s not just a job.

A great thing about BOCES is the wide choice of programs you can pursue, Mr. Maldonado said.

“You can try things, and it’s OK if it doesn’t work out and you try something else,” he said. “BOCES is something that will definitely help you decide if a trade or a certain career is the right one for you.”